If we had a home improvement blog, it would be called "The Reluctant Remodelers."  While we love having fresh, personalized spaces, we sort of hate the actual process and the way it disrupts life.  In words that would come back to haunt me many times, I convinced hubby to jump into this painting project over a three day weekend, thinking we'd get it all done before he returned to work the following Tuesday. Ha. (He knew better, but humored me.) A month later it is done, and we are pleased, and it is beautiful, but it ate us alive in the process with late nights that simulated having a newborn again and the angst of uniformed decisions that created more work as we were determined to do the thing right.

Anyway, everyone loves a good before and after, right?  I wish I had had the foresight to take better "before" pictures, but here's an idea of what we started with.  Poorly finished wood trim, and pinky beige on the walls--walls that had some pretty nasty texture in places as the previous owners hadn't removed all the wallpaper glue before painting. 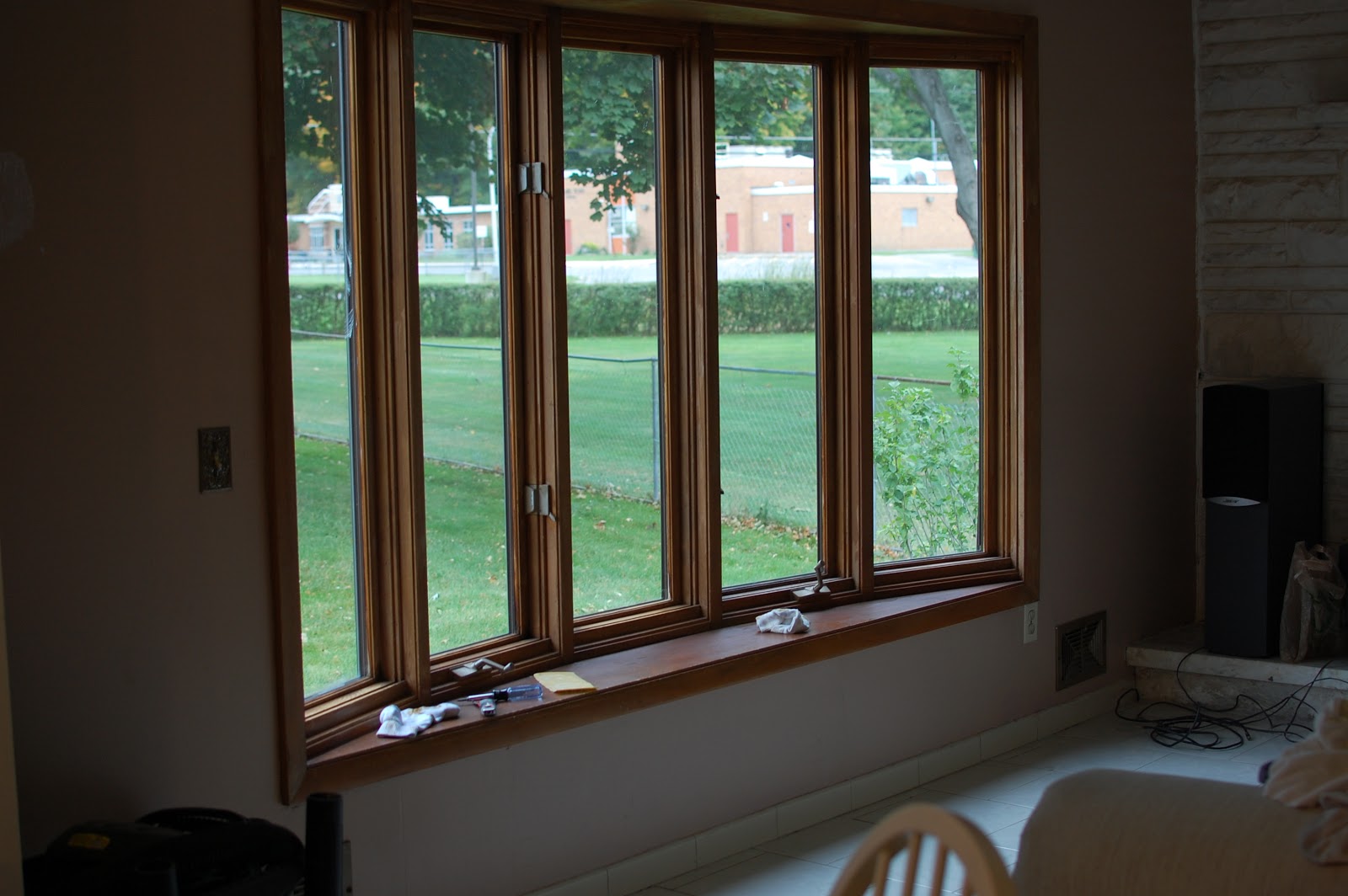 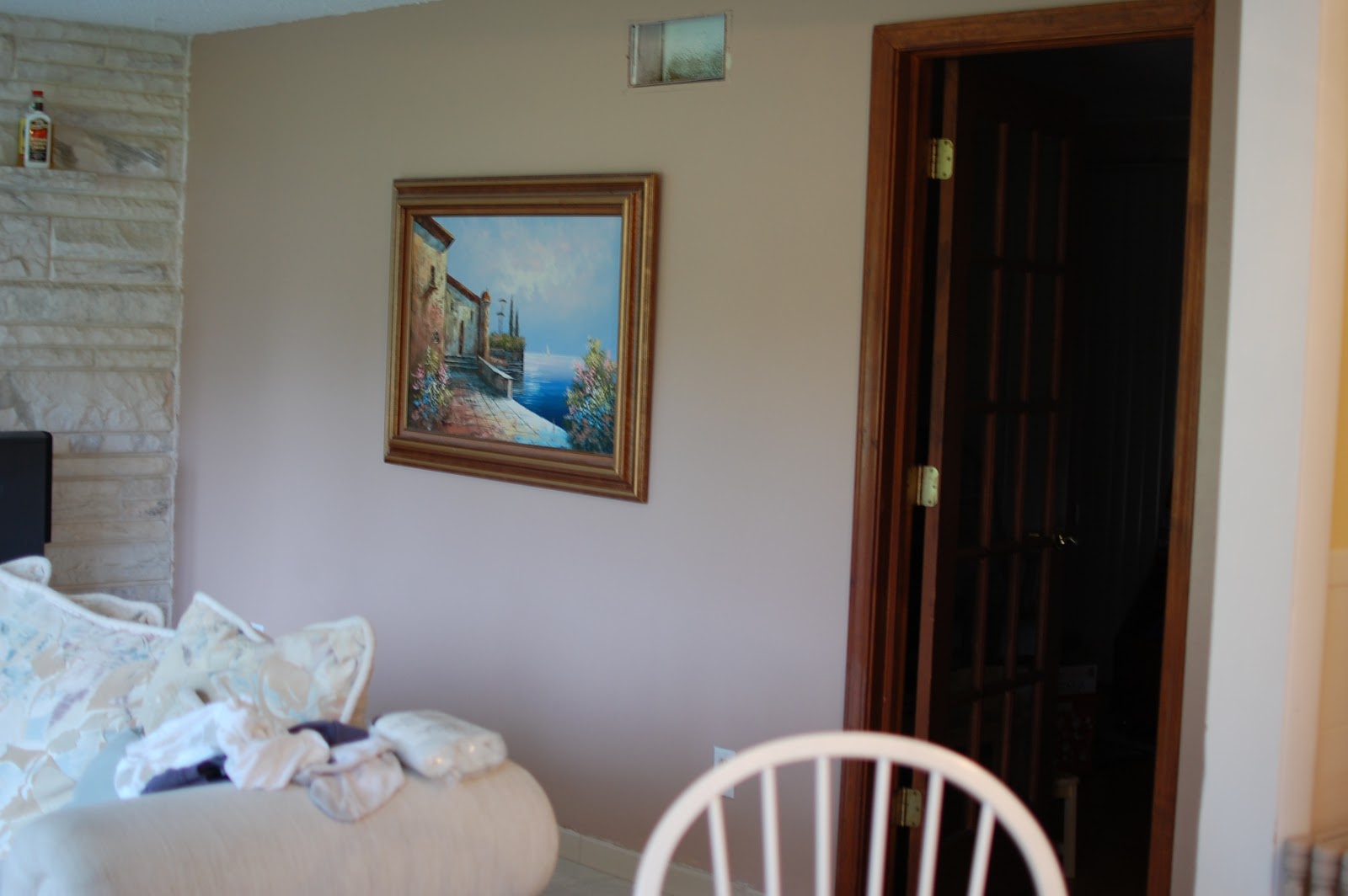 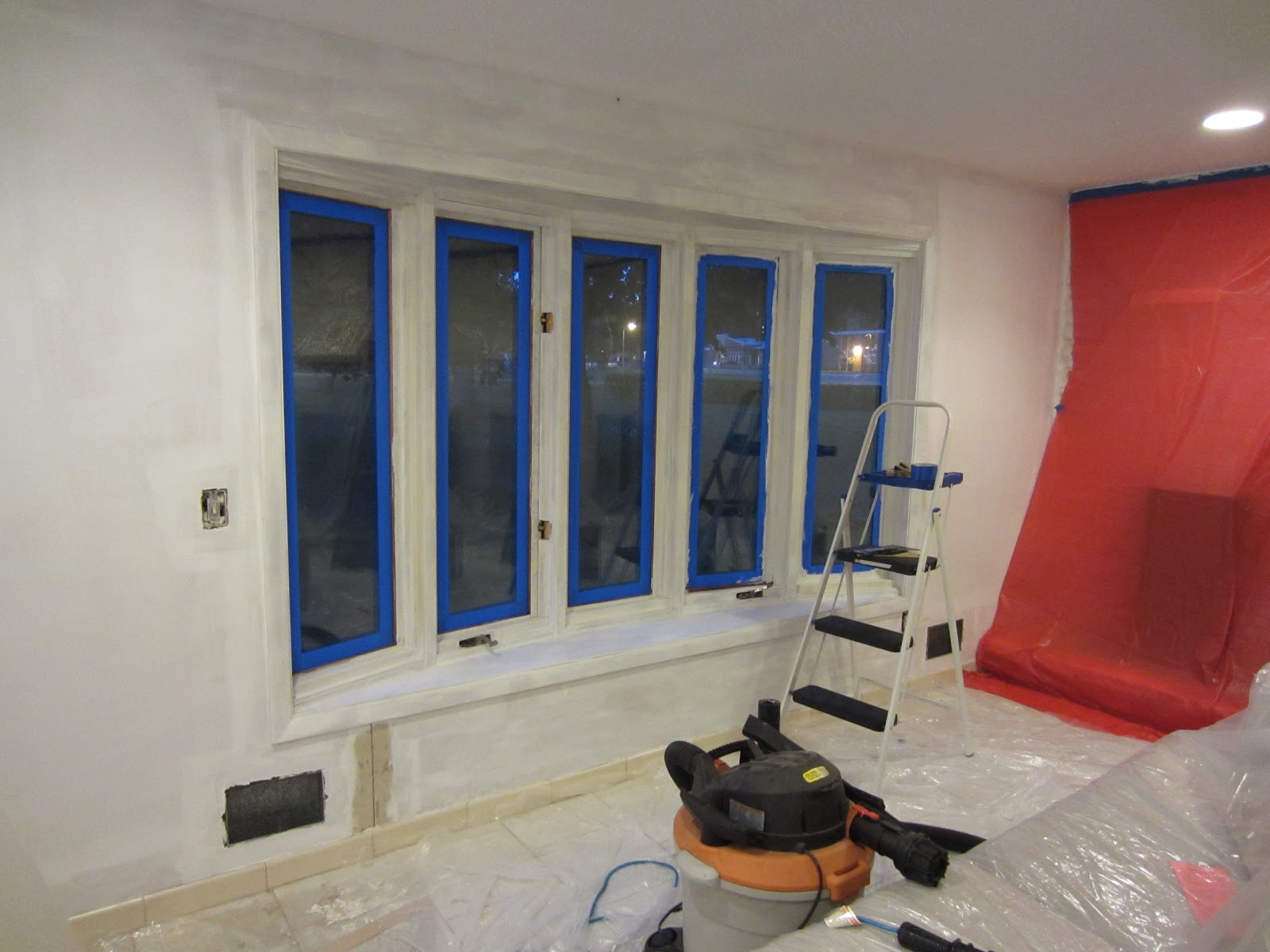 This was a mistake--taping the windows.  We ended up removing the tape and painting the final coats without it, and then just scraped excess paint off the glass.  Much easier, less time consuming, and a neater final result.  It took three coats of primer before we felt the raw wood was adequately covered. All those nooks and crannies! *cries* 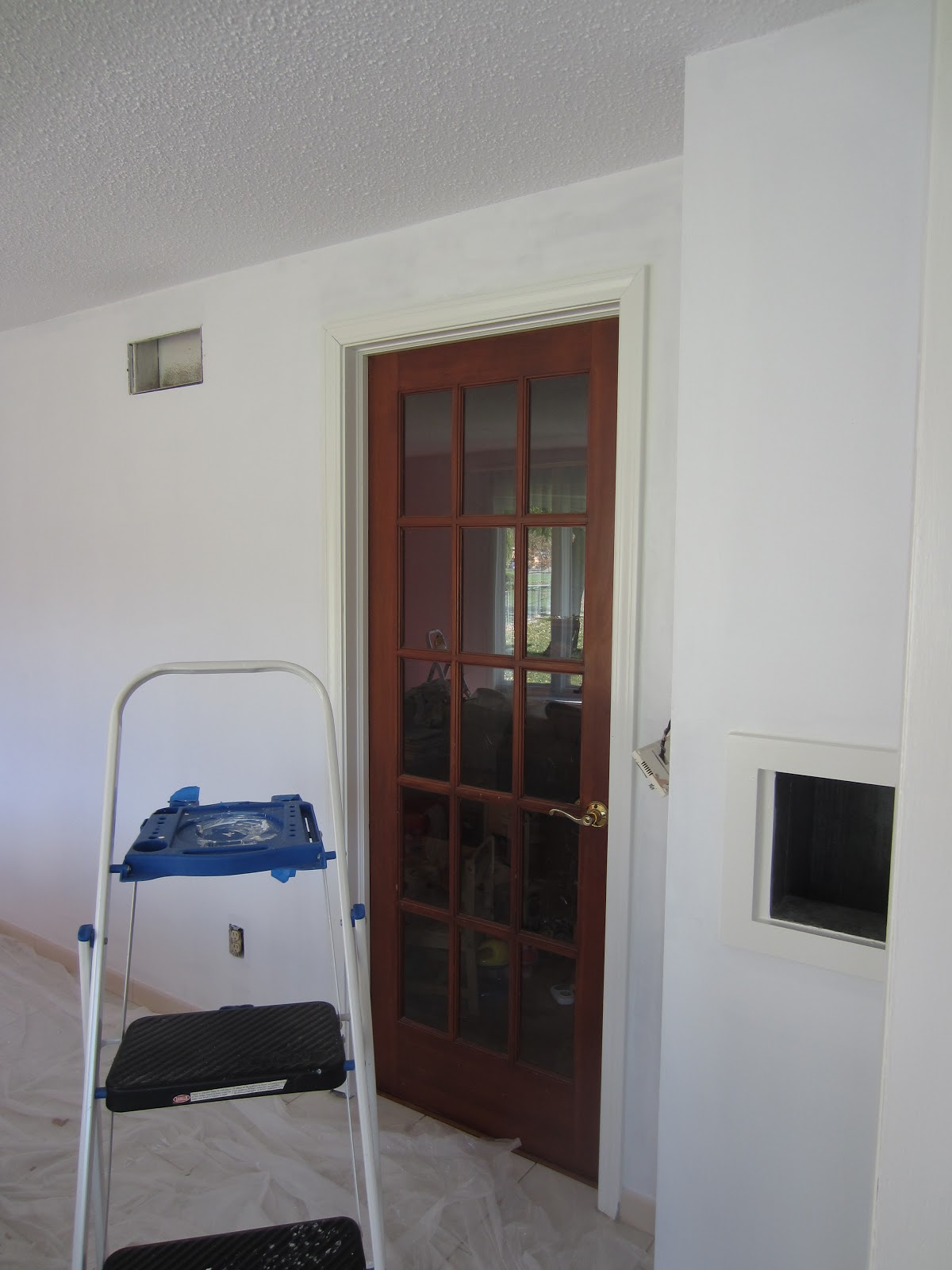 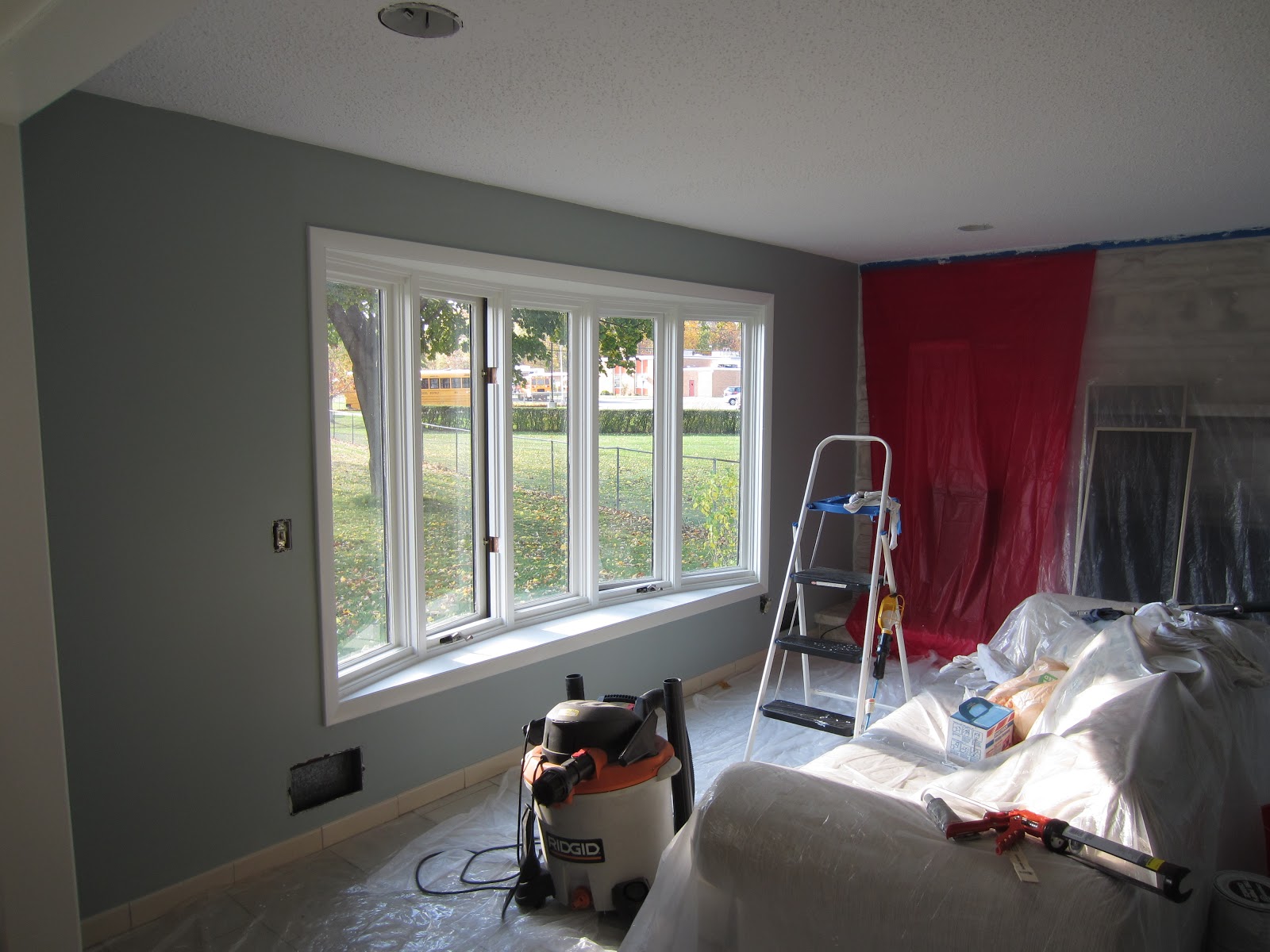 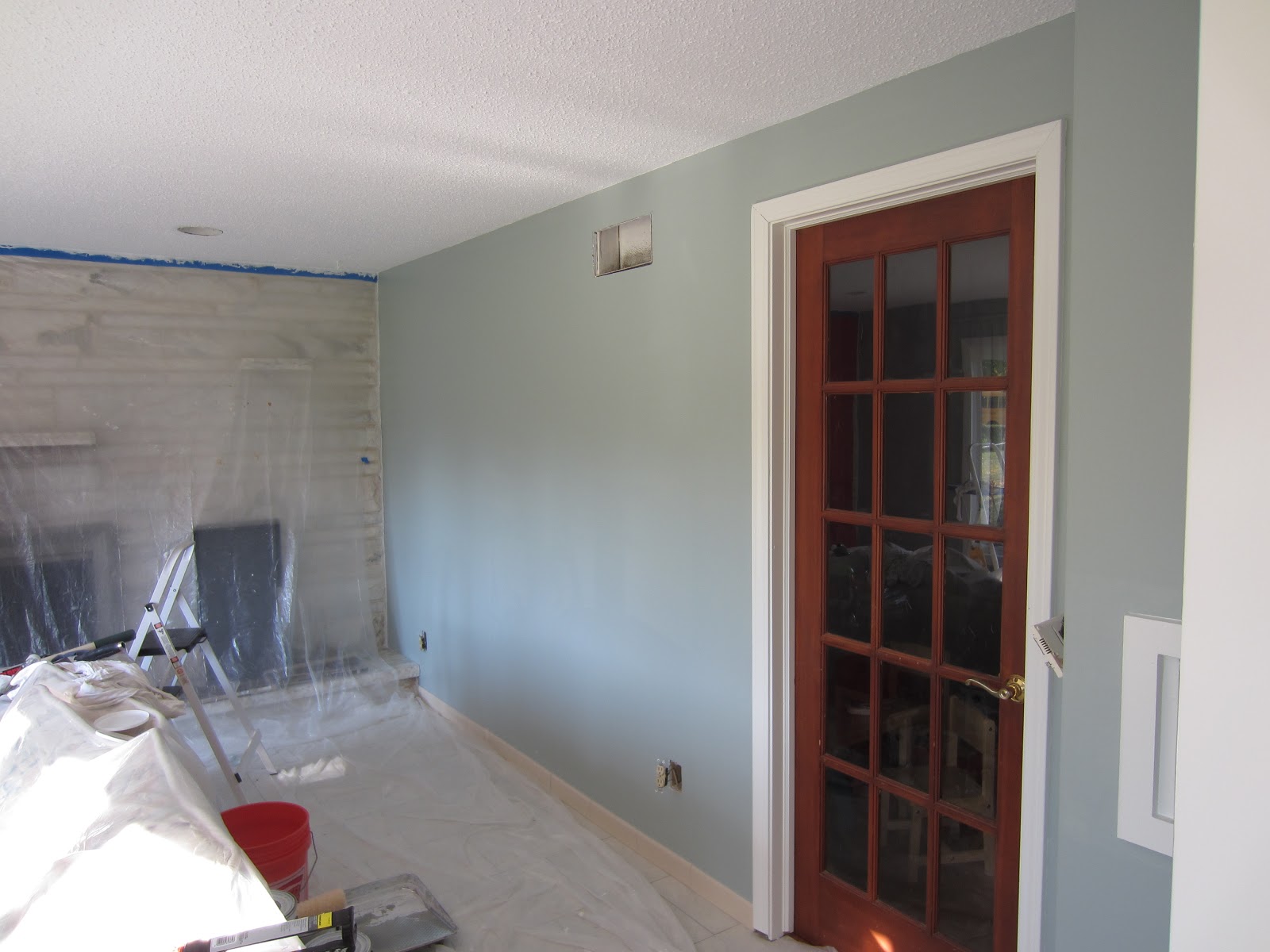 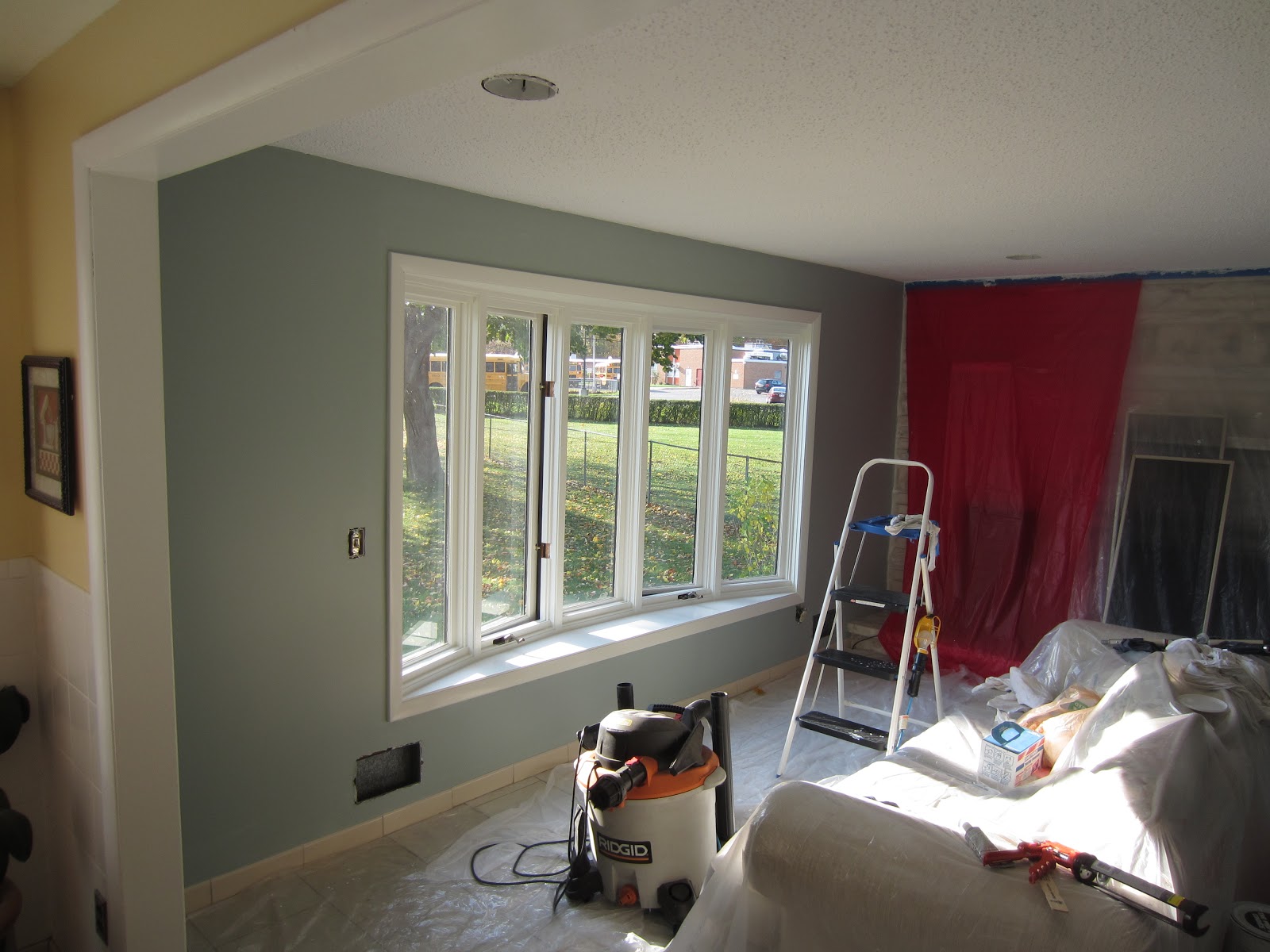 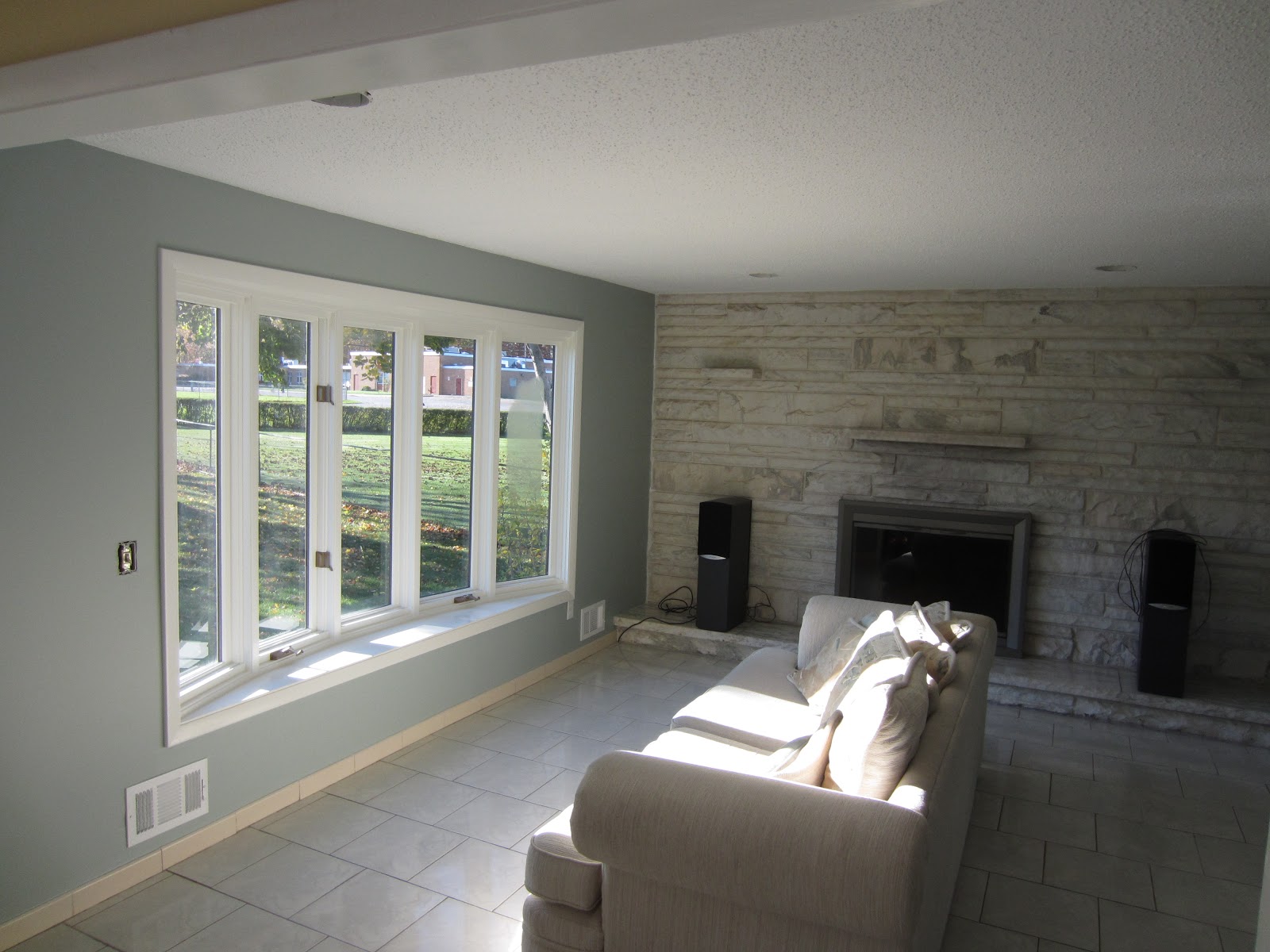 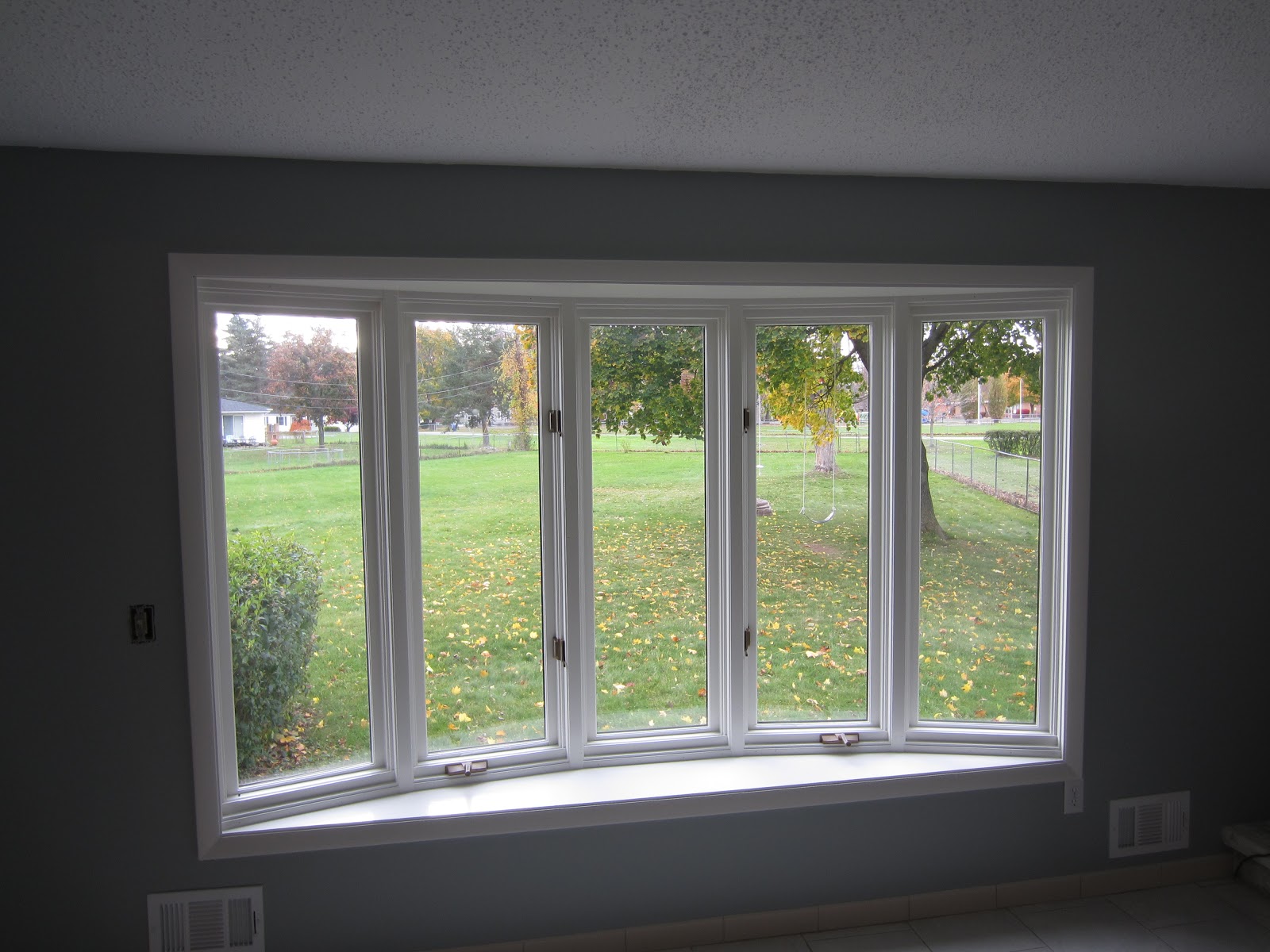 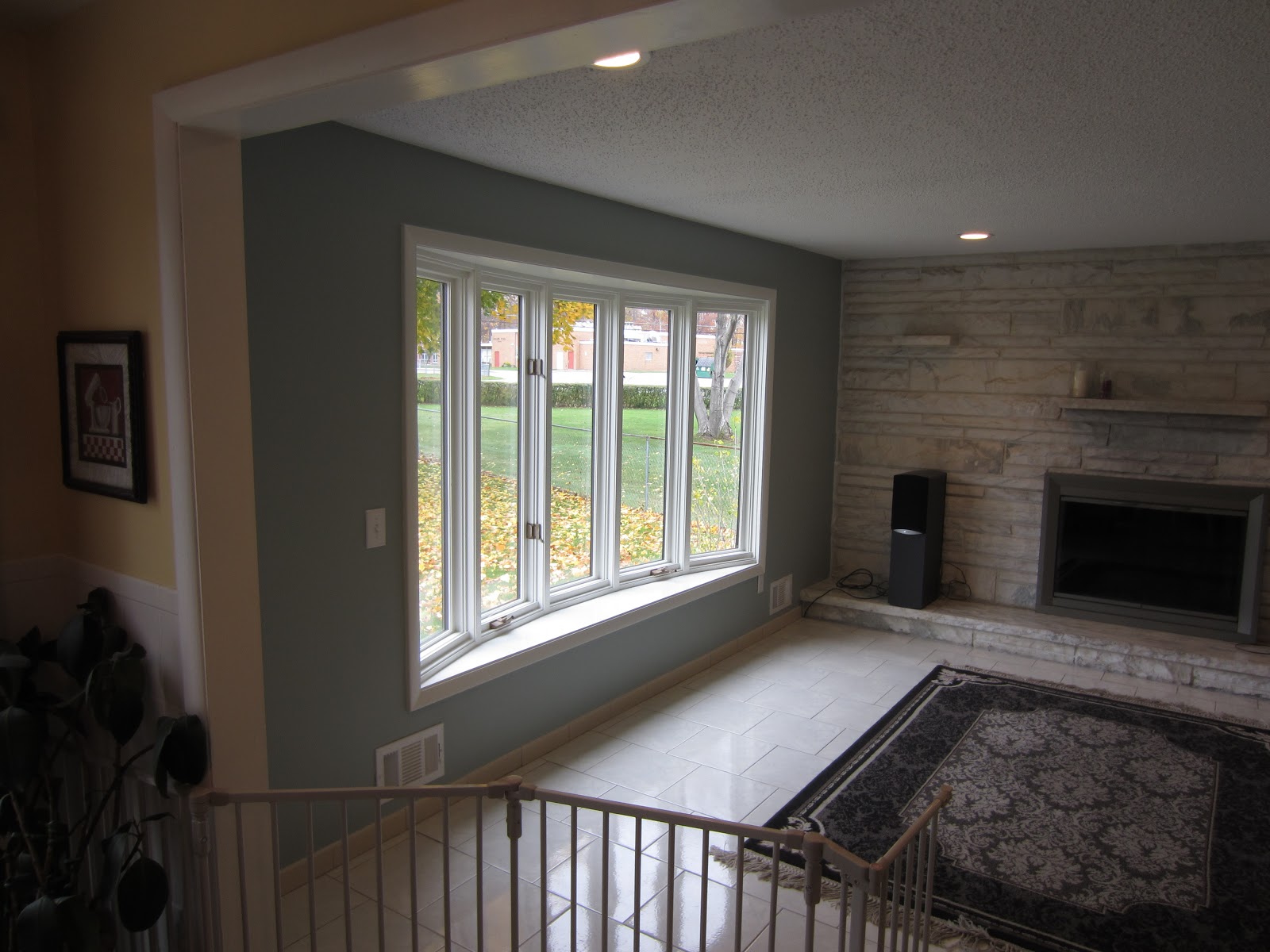 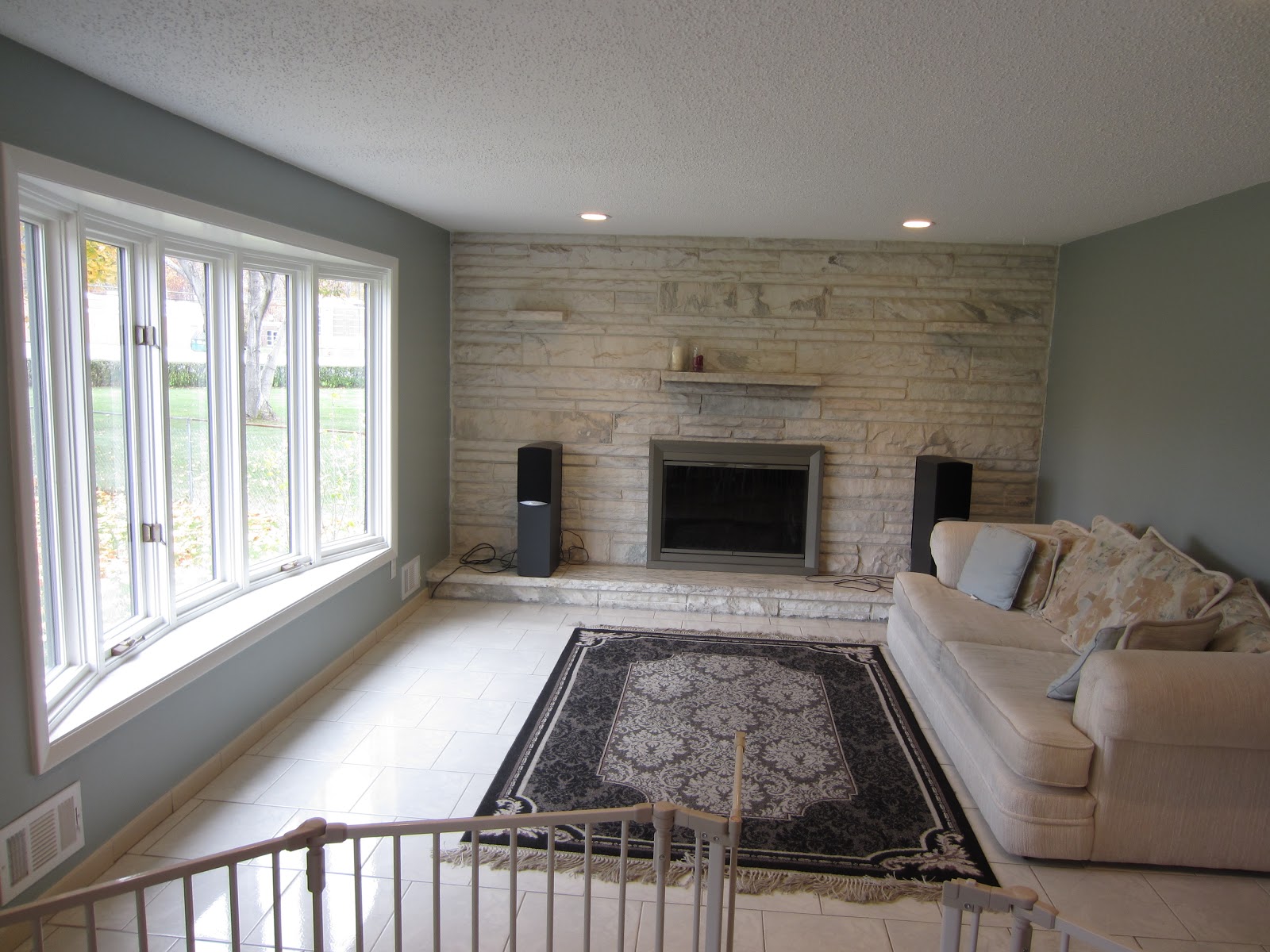 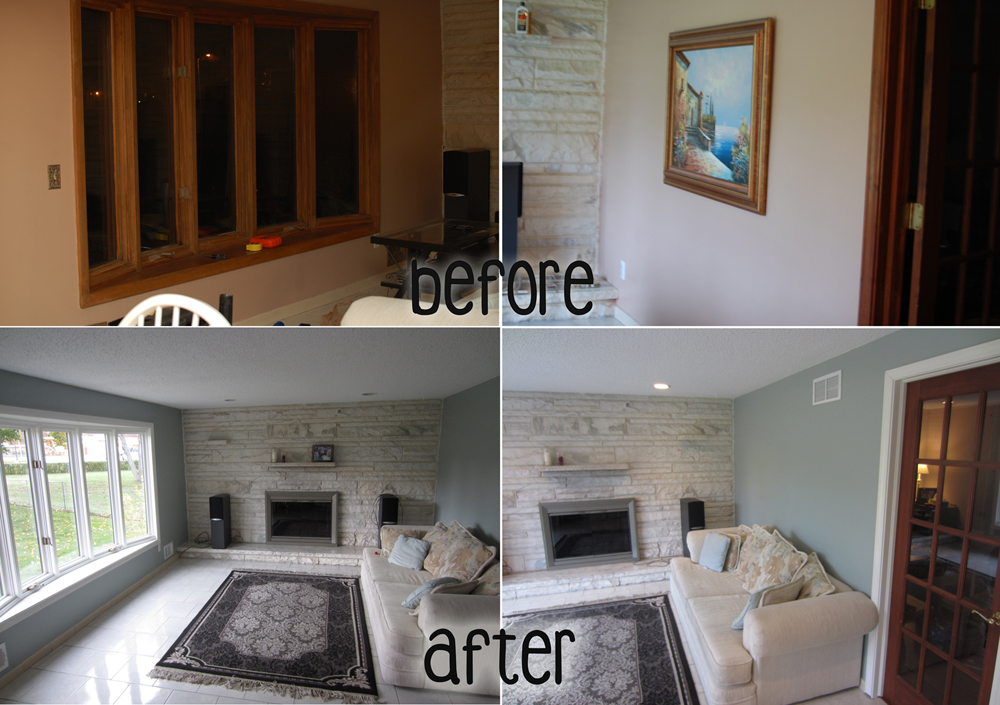 The wall color is Sherwin-Williams Silvermist and the trim is Greek Villa.  The way Silvermist looks changes throughout the day--it reads blue at night, but a pale greyish bluish green in the morning.  We've remarked that it's almost like the mist lifts as the sun starts to pour in.  It's a great color for this continually bright room, and so calming compared to what was there before.  We love the white window too.  We replaced all the ornate and mismatched outlets and covers with white ones, and switched the recessed lights over to LEDs that should last for several decades without needing to be replaced.  I also took the opportunity to take our carpet cleaner over the area rug and couch to freshen those things up, though we hope to replace them soon with new furnishings.  Now that all the kid paraphernalia has resumed its normal place, it's not quite so serene, but very much an improvement. :) I'm still thinking about window treatments.  There were bronze horizontal blinds in the bow window that we pitched. and I don't think I want blinds again--the kids tend to bend them and they're hard to clean.  I'm thinking curtains hung high and wide in a fabric that's safe to throw in the washer.

We were tackling this project during peak fall color, and missed the opportunity to take a scenic hike in one of our favorite places.  But, we did get some really really tasty apples from our trees this year. And by the way, if your organic apples from the grocery store don't look this rustic, they're probably less organic than you think. :) 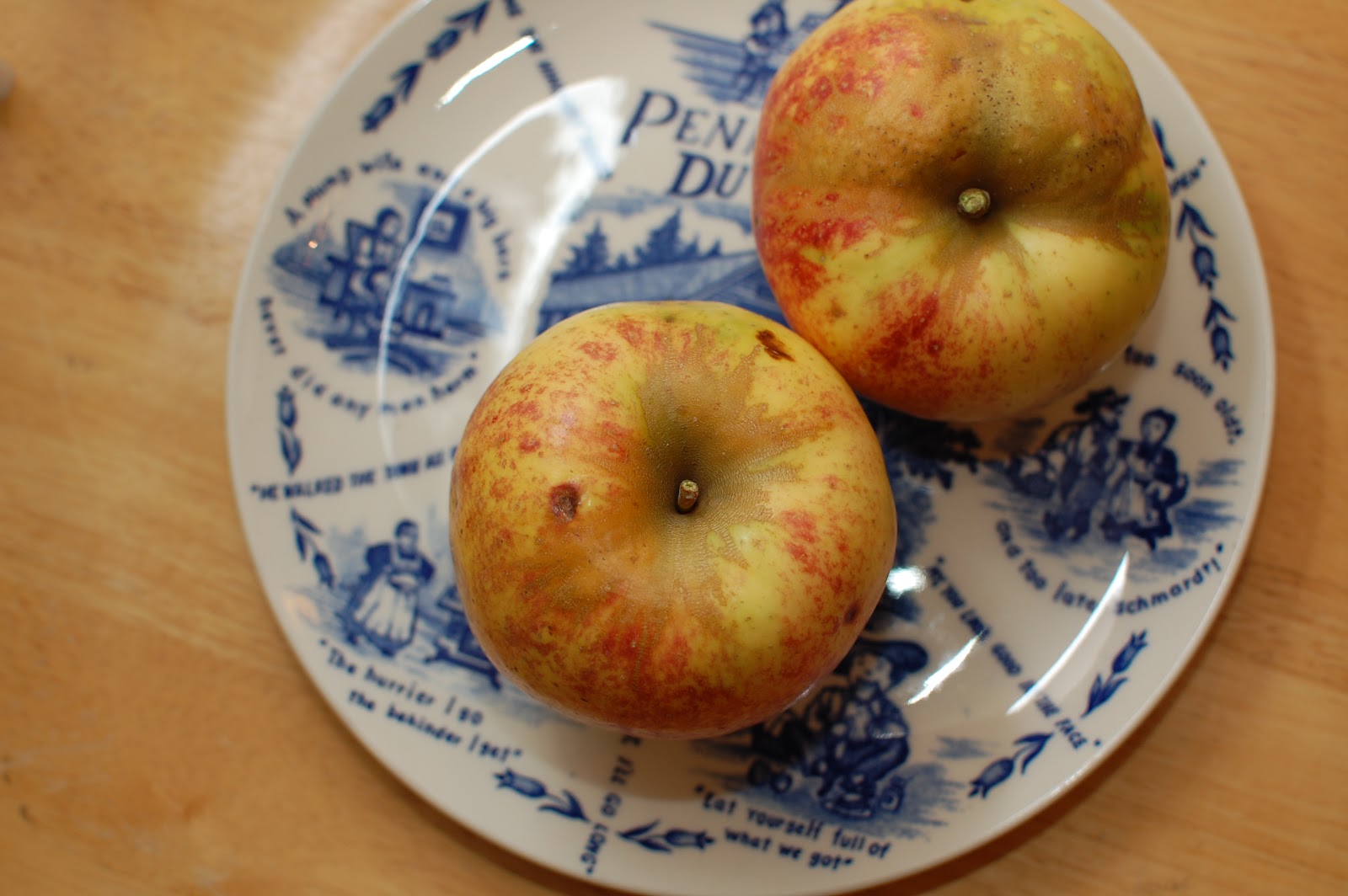 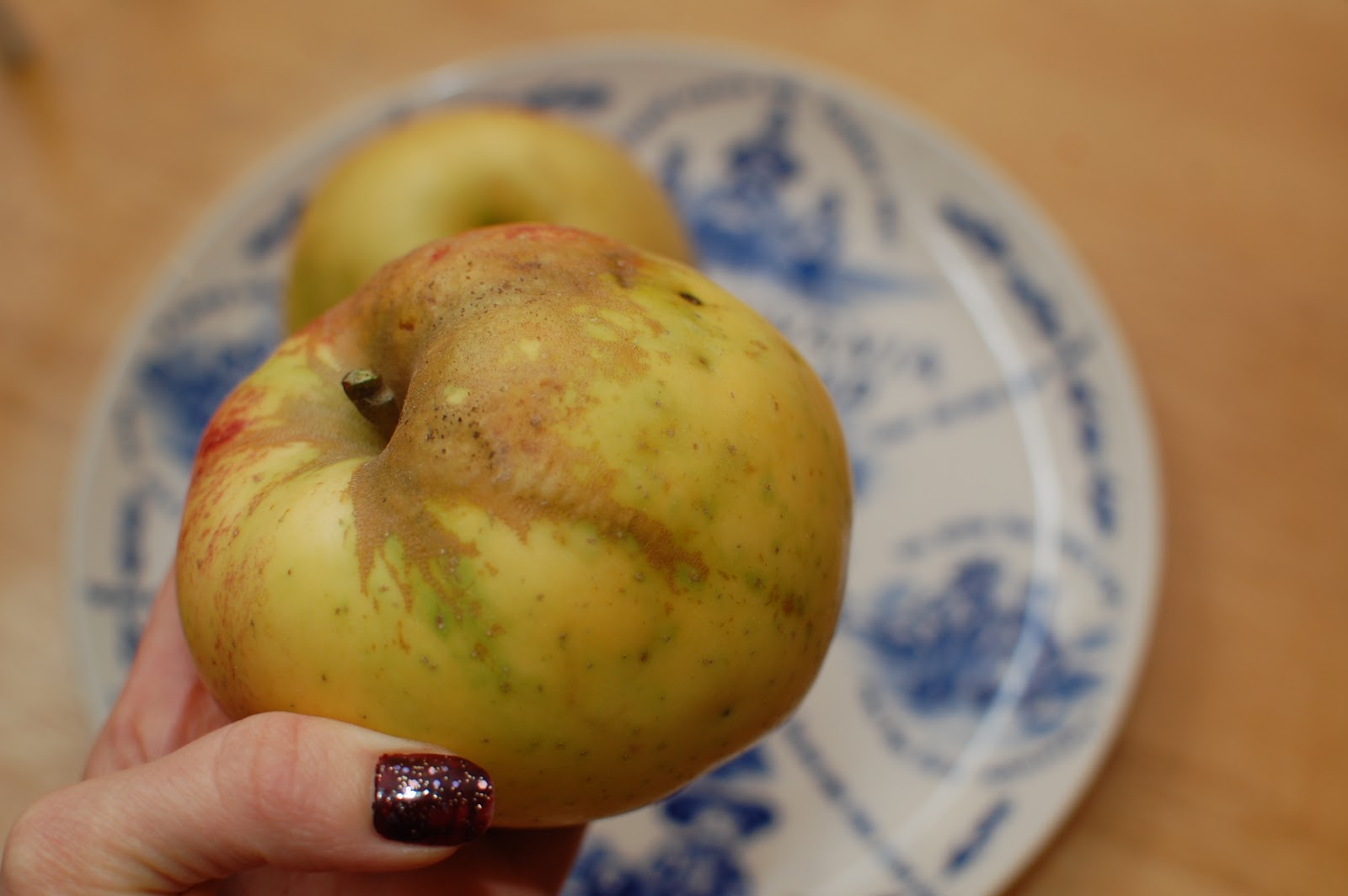 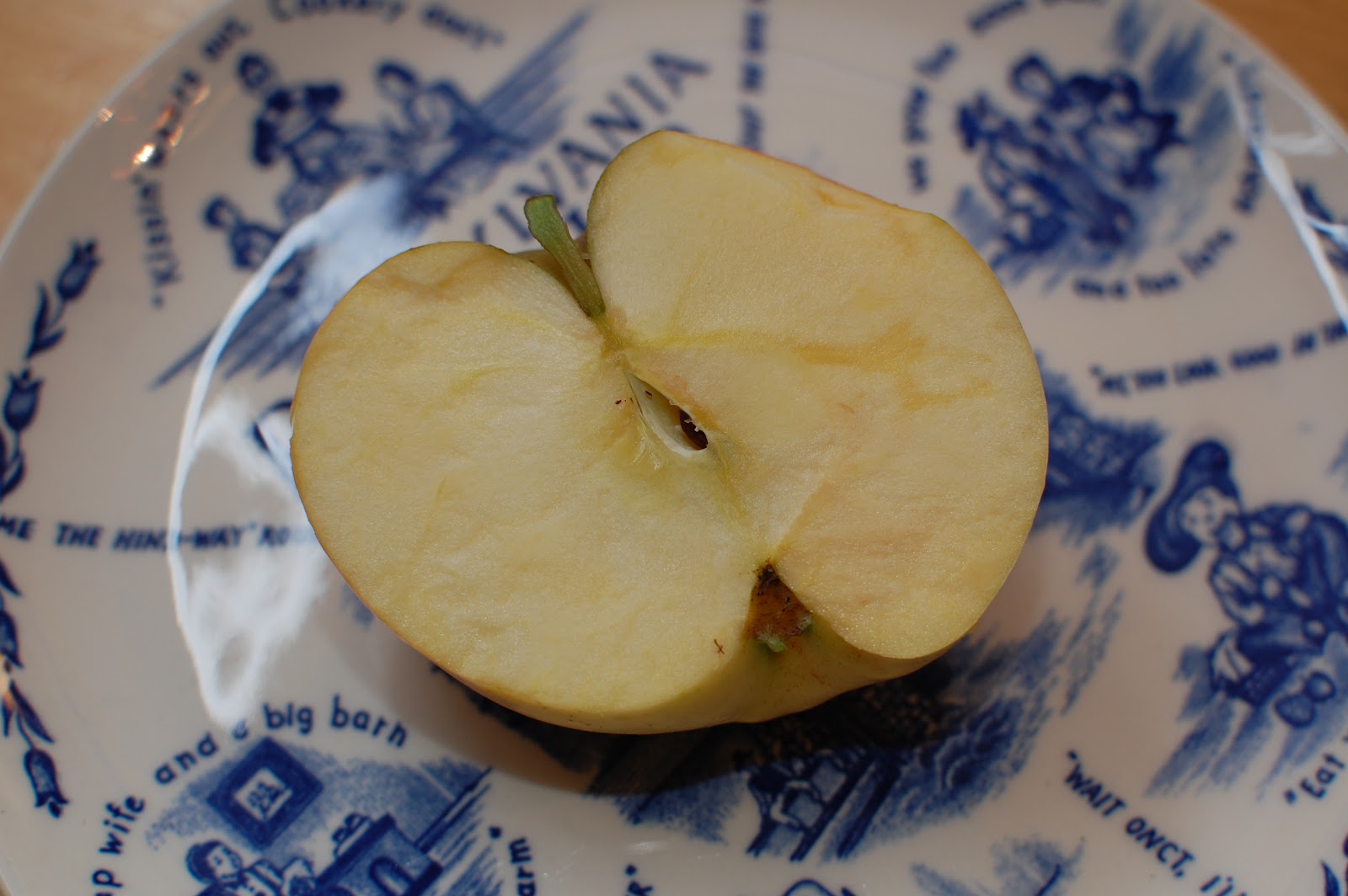