I have several months of mostly unrelated thoughts and activities to deluge, and it's only getting harder to find a starting point as I delay.

Bloggy silence is sometimes inversely proportional to real-life "noise," and life has indeed felt noisy.  For good reasons, mostly.  My body has been tasked with the delight of bringing another tiny person into the world and the arrival date is just few little months away.  I have felt very well throughout this pregnancy, a mercy from the Lord, but I'd be lying if I said daily school and housekeeping hasn't been a little more draining than usual.  Prompted by, of all things, the imminent visit of a tech to deduce the reasons behind our flaky internet, in the last week I've given almost all the upstairs closets a major overhaul, conquered the laundry pile, and taken care of a million little loose ends that have been collecting for some time. Nesting behavior is odd and unpredictable, but I like to think that if you thought a stranger might have to go through your walk-in closet to reach the attic wiring, you might overreact the same way. :) It all needed to be done, anyway.

Just as I was feeling vindicated for stashing away all my older daughter's clothes for the past 6 years in boxes that threaten to overrun our basement, I discovered that the smallest items were all horribly stained.  The proteins in milk cause this common problem, I learned, even though the clothes appeared clean before storing.  I found this super-helpful blog post on how to remedy the issue, and now have a growing pile of clean, sweet things for this little lady.  OxiClean and I are BFFs. 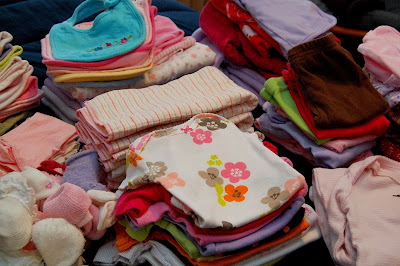 In addition to clothes, I'm starting to think about menu planning and putting food by for after her arrival. We have a huge chest freezer that allows me to stock up on things in bulk, but I'm normally not much for freezer cooking, exactly.  I do think having a few meals ready (or nearly ready) to go really helps during newborn days though, and after even a few hospital meals, it's really nice to come home to fresh fare.  My mother-in-law just recommended Not Your Mother's Make-Ahead and Freeze Cookbook, so I'm hoping to take a look at that soon for some inspiration.  I'm also reading through all the excellent freezer cooking tips on Life As Mom.  I don't aspire to the once a month or once a week cooking model long-term, but I think it may be helpful for a season.

Homeschool is going well.  I'm under a little self-imposed pressure to wrap things up for the year before I have a new baby to take care of, but even if that doesn't happen, we'll be close.  I was feeling so burned out at this point last year, and I'm thankful that I don't feel that way now.  Our curriculum has been so good.  I don't think I ever gave a full rundown, so here's what we've been using for K5/1st grade work:

- Sonlight Core A for read-alouds and history/geography
- RightStart Mathematics Level B
- Explode the Code 3 & 4
- Getty-Dubay Italic (books A and B)
- The Complete Writer: Level 1 Workbook for Writing with Ease
- First Language Lessons for the Well Trained Mind
- Apologia Astronomy text & junior notebooking journal
- The Gospel Story Bible: Discovering Jesus in the Old and New Testaments
- Sing the Word A-Z (scripture memory)
- Artistic Expressions, book 1 for K-3
- supplementing with lots of library books for my daughter's independent reading time
- continuing with The Music Tree for piano

For the past several years I've been saving up gift money to buy a tablet (seeing as how we have a very current desktop, a tablet is a luxury), and about a month ago bit the bullet and purchased a Google Nexus 7.  I'd been thinking about a 10" tablet, but the recommendations of friends, stellar reviews, and the perks of having something a little more portable sold me on the smaller size.  Being able to reference this sleek little machine right where we do school, in the kitchen as I'm cooking, and anywhere in the house for quick access to my email, calendars, etc. has been amazing.  I love being able to hop on quick for just what I need; it prevents me from getting sucked in for hours at a time, which happens when I sit down at the desktop on a different floor and in a dedicated office.  While I admit I have played more games on it than I ever expected or intended to (the novelty is starting to wear off a little, finally :)), it's been put to work in the ways I did intend as well.  As I was teaching my daughter about the moon's pull on earth's oceans a few weeks ago, I was able to pull up an animation that illustrated tidal movement for her.  For those that have smart phones this may seem like no big deal, but until recently this kind of on-the-spot reference wasn't an option for me, and the Google Nexus 7 is blazing fast and incredibly intuitive to use.  It's so easy to enlarge or shrink a web page with a touch, I don't see a need for a bigger screen.  Though a luxury, it is one that has increased my productivity and effectiveness, so I'm grateful for that. 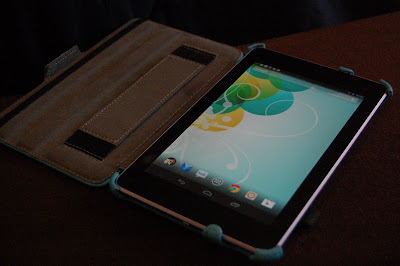 Next school year will see me teaching both older kiddos and caring for a newborn.  Whenever that thought threatens to overwhelm me, I've been reciting Isaiah 26:3 to myself: You keep him in perfect peace whose mind is stayed on you, because he trusts in you.  A dear, serene, senior saint from our church once quoted that to me when I asked her what her "life verse" was.  Seeing as how she projects God's perfect peace, it stuck with me.

I've considered Psalm 71:18 my own "life verse" for a number of years now. So even to old age and gray hairs, O God, do not forsake me, until I proclaim your might to another generation, your power to all those to come.  The longer I'm a mother and the more children God entrusts to me, the more it becomes my prayer and my mission. 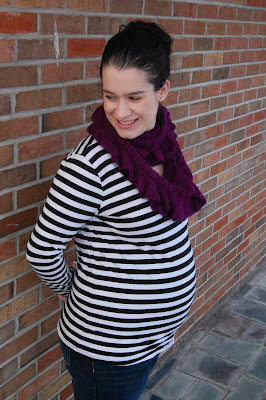 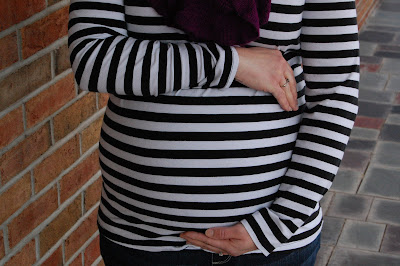 Maybe it's because we're eagerly preparing to welcome another girl into our own home that the ongoing gendercide in China has been on my mind and heart over the past few months. An estimated 37 million little girls have been killed in China since 1980, a number I can't wrap my head around and a response to China's one-child policy and societal pressures to have a son.  AllGirlsAllowed.org is doing such a good work bringing attention to forced abortions at the hands of government officials, and "serving rural mothers and baby girls in the name of Jesus, sharing a message of hope that combats gendercide at the heart level as well as the symptom level."  I'd encourage you to read, pray, and let your heart be stirred by this ministry's work.

On a similar note, my husband and I have been glad to see the advance of the Gospel through a series of videos called Dispatches From the Front.  It's glorious to hear and watch accounts of God's Word going forth and bringing joy and freedom to some of the most hostile places and cultures on earth.  Watching Indian believers singing together on the dirt floor of a tiny, hard-won church building has been a good picture to reflect on when I'm tempted to take the Bible for granted.  With so many ways to waste time in front of a screen (guilty), we've felt that watching these testimonies has been time well spent.  I read an incredibly powerful book a few months ago called The Peace Child, the story of how Christ changed the hearts of a cannibalistic, headhunting tribe in New Guinea as the missionaries used a redemptive analogy from the tribe's culture to share God's truth.  It too helped lift my eyes from my own little world to give me a glimpse of what God has been and is doing worldwide, growing in me greater affection for His Word and the global church.